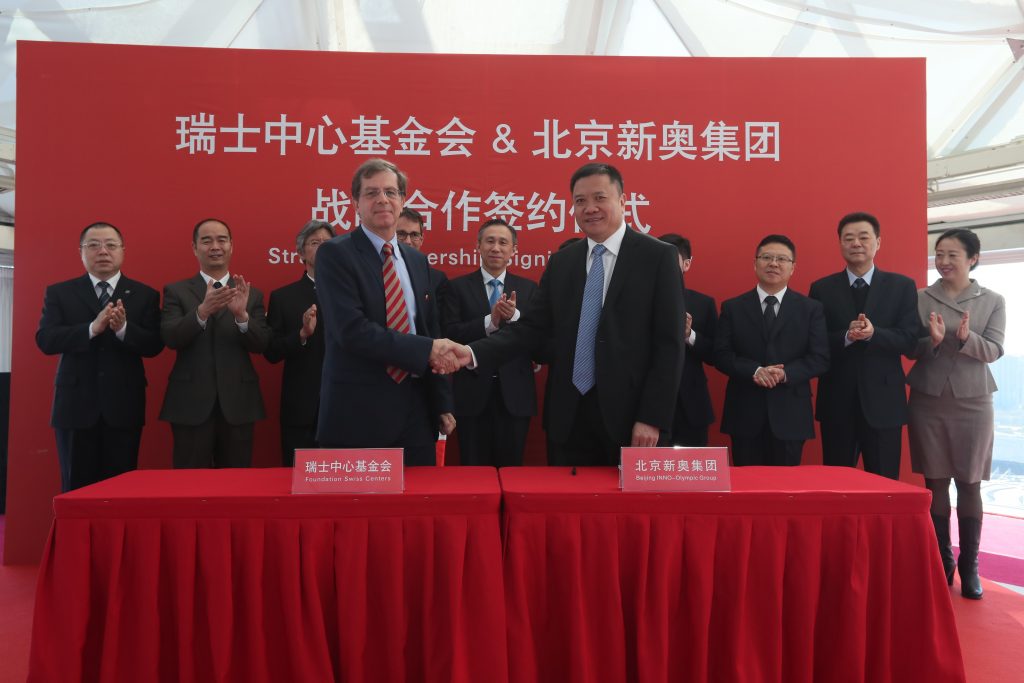 On March 13th, a new chapter of Sino-Swiss cooperation was ushered in with the signing of a strategic partnership between the Foundation Swiss Centers and Beijing INNO-Olympic Group. The new partnership aims to create opportunity for growth through the Swiss House Beijing, a center of Swiss innovation in China.

In April of 2016, Chinese President Xi Jinping met with then-President Johann Schneider-Ammann of Switzerland to establish consensus on cooperation in the green economy. The Swiss House Beijing is an important step toward implementing this consensus and further strengthening Sino-Swiss international exchanges.

The Swiss House Beijing will involve the introduction of Swiss energy-efficiency construction and building operation standards, further promoting Sino-Swiss cooperation in the continued development of Beijing into a world-class capital. 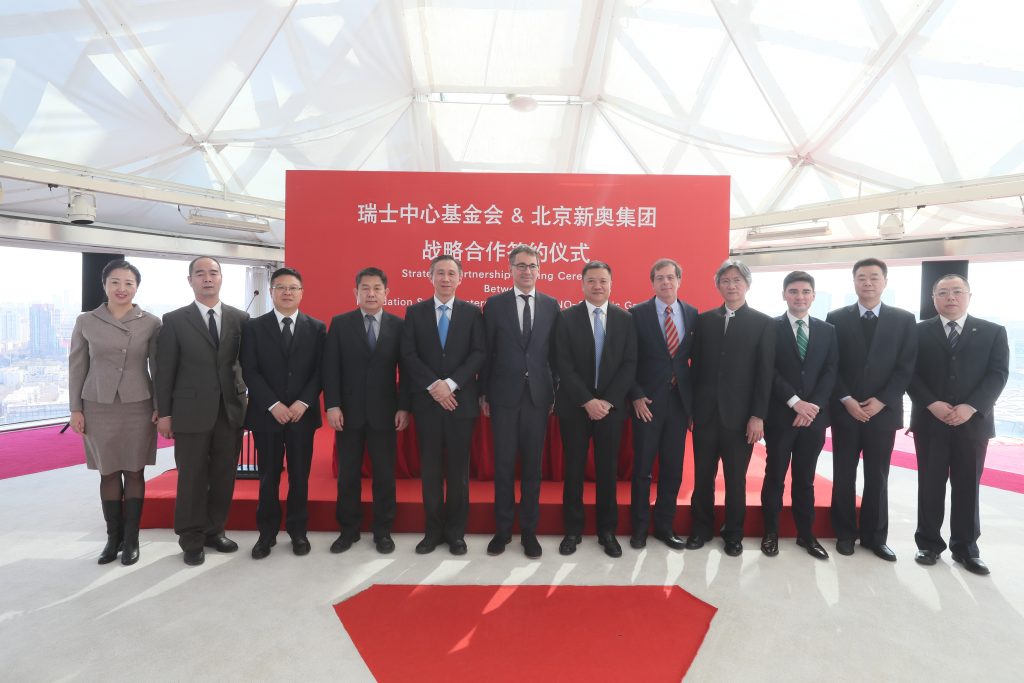 The Foundation Swiss Centers pledged to strengthen its cooperation with INNO-Olympic Group by continuing to bring Swiss environmental protection knowledge and technology to China and promote continued friendly exchanges between Switzerland and China. Nicolas Musy stated that the project was an example of a successful knowledge transfer between Switzerland and China. The project is expected to create new opportunities for Swiss small and medium enterprises (SMEs), and is likely to attract more high-tech Swiss SMEs to China.

Both governments expressed optimism for the Swiss House Beijing project and agreed on its importance as a vehicle for deepening friendship between China and Switzerland through international exchanges, especially in the green economy.

Also in attendance was Mr. Zhai Qian, Deputy Director-General of the Chinese Ministry of Commerce’s department of European Affairs. Mr. Zhai expressed his appreciation for the significance of this project and his hopes that this project will help the Foundation Swiss Centers strengthen communication and cooperation with INNO-Olympic Group.

Mr. Zhang Wei, Deputy Secretary-General of the Beijing Municipal Government, attended the signing as well, and said that the Swiss House Beijing project is an important measure to improve the strategic positioning of Beijing as an international exchange center and another means by which Beijing can strive to reach city quality of life goals.