Shanghai (July 26, 2018) – In the first six months of 2018, Switzerland exported goods in the value of 8.9 billion Swiss francs to China and Hong Kong, according to recent figures by the Swiss Federal Customs Administration.[1] Compared to the first half of 2017, that is a plus of 6.9%.

One of the main drivers of the Swiss export growth was the machinery industry. In the first six months of 2018, Swiss machinery exports to China and Hong Kong grew by 10.2% compared to the year before. “Machinery goods in the value of 1.45 billion Swiss francs have been exported to China and Hong Kong”, reports Nicolas Musy, Founder and Delegate of the Board of Swiss Centers in China, a non-profit organization that lowers the market entry barriers of Swiss companies into Asia. 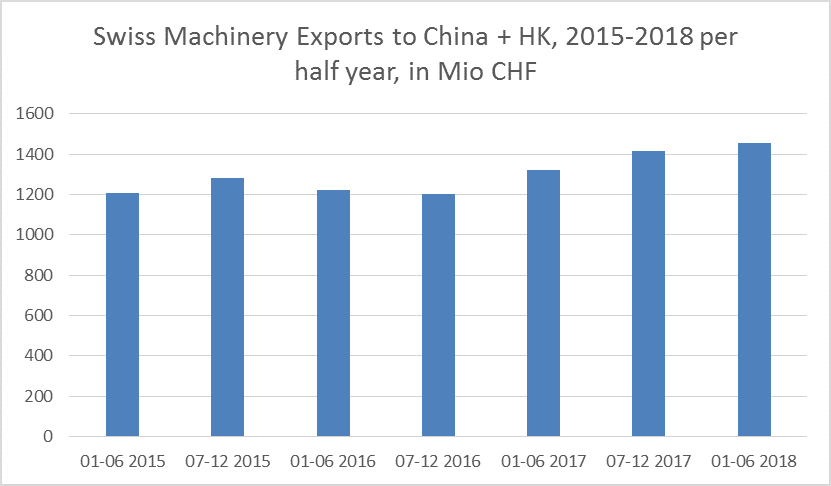 Download the complete press release in English, German or French