On 29th September, during the exclusive Sino-Swiss Business Award 2015 gala evening in presence of Federal Councillor Alain Berset which was organized by SwissCham, Swiss Center Shanghai (SCS) received the first Award for Outstanding Achievements in the SME category!

“It is a great encouragement for the SCS, its members and its committed team to be recognized on the 65th anniversary of Sino-Swiss diplomatic relations” says Nicolas Musy, SCS Managing Director, “Looking back to our ground breaking ceremony in 2000 during the 50 years of Sino-Swiss relations, we thank all those who made it possible for their great support, including the Federal and cantonal governments and the Swiss representations in China!”

The SCS team would like to share this achievement with all our members, partners and friends. Your trust and support have been the main driving force to the SCS development. The success of the Swiss Center is a great testimony to Swiss entrepreneurship and our traditional spirit of joining forces to deal with the challenges that go with the considerable opportunities offered by China.

Looking forward, the Swiss Center is as well glad to announce the opening of new facilities dedicated to Swiss companies in Tianjin and in Beijing. Swiss Center newly offers instant space and expertise for the Swiss companies accessing the growing opportunities of North of China with 3500 sqm modular workshops for manufacturing and assembly. The 900 sqm instant office and open-space desks provide not only workspaces but also a platform to support R&D and innovation in Beijing and in Tianjin with the experts and advisors from Swiss Center China.

We, the entire SCS team, are looking forward to continue developing our services and to contribute to your business needs, growth and success in China, as well as to the extended sino-swiss relations! 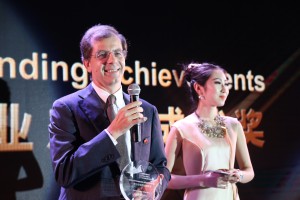 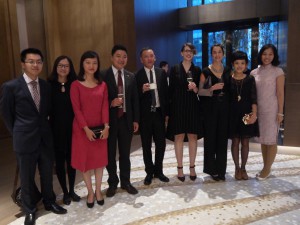